Fuckboy Haircut is one the most trending haircuts in 2017. After most famous celebs tried to pull a Fuckboy Haircut, It’s become one of the noticeable and good looking hairstyles in recent times.

So, What’s this Fuckboy Haircut? It is simply having the haircut done by shaving the sides of the head including the back part and leaving the middle part as is. 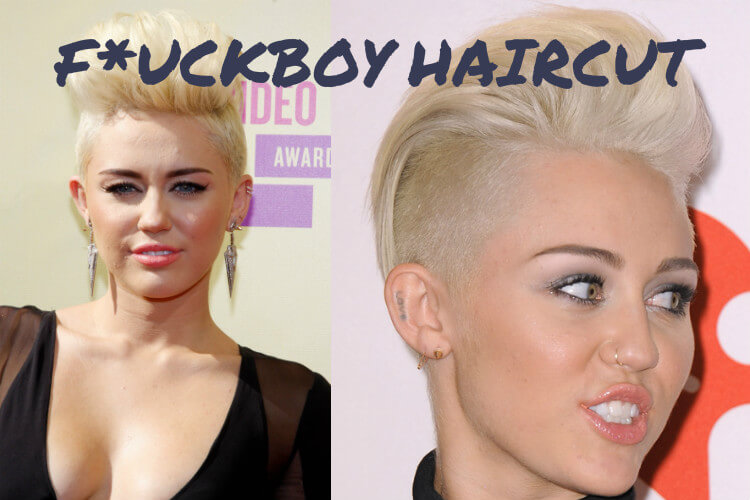 What is a Fuckboy Haircut?

The Middle or center part of the Hair can be cut short to match the haircut. Alternatively, this trendy haircut looks like a Mohawk. But, there’s a slight difference when compared to a Mohawk.

In Mohawk, the middle or center part of the hair is spiked up or left with long bangs. Whereas in this Hairstyle the middle is groomed to be short enough until it matches the look

Some people prefer straight ends that lies to the back, and some prefer a V-shaped look back of the head to match the look, and officially declare them as Fuck Boy 😛

Many people pulled this hairstyle recently and made into the news of trending. One of them is Miley Cyrus and her Mohawk hairstyle and her haircut is apt fit for this category 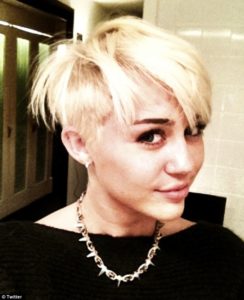 She sure was drunk when she did like this. She cut her hair on her own without any care and what not

She was planning to get mohawk done by her stylist, but before that’s going to happen. She decided to experiment on her own

and ended up messing her look. After this had happened she posted the pic on twitter, and most of the fans don’t seem to like it.

Later, after some time there popped another video from her account and titled ” It’s happening .”

Her haircut is one good example for this hairstyle.

After getting official cut by her Hairdresser. Miley ended up looking like this: 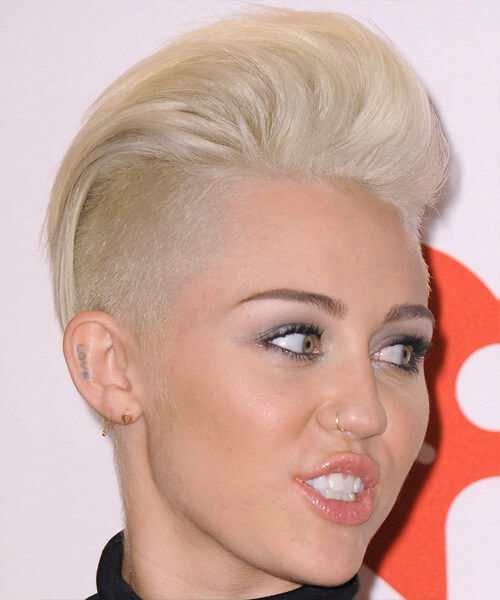 So, when you visit the barbers to get this sort of haircut, just mention to shave the sides and back and the Middle part of the hair groomed accordingly.

Some of them try different variations in this haircut. Like some opt for a Straight Edge Razor shave on her sides for some edgy look

Most of them go for short trim off the sides and then fading of the trimmed part.

Blonde bleaching would be perfect for round faces. They just look stunning like Miley did.

This hairstyle is suitable for both men and women, and the best benefits of this haircut are that when you’re a fan of hair tattooing.

Then this is your pick. You can also try partition separations with razor shaving.

So what you guys think of this haircut. Liked? disliked? leave a comment below.

Scroll back to top
9 shares