Rashi Khanna Bob Haircut? Really? Rashi Khanna is a rising Tollywood Actress who’s doing pretty well these days. Many Popular Actors are willing to work with her besides them.

Her performance, beauty and talent laid her on top of the tollywood industry. She’s known as her pretty looks and bubbly face especially her cheeks.. AWW! 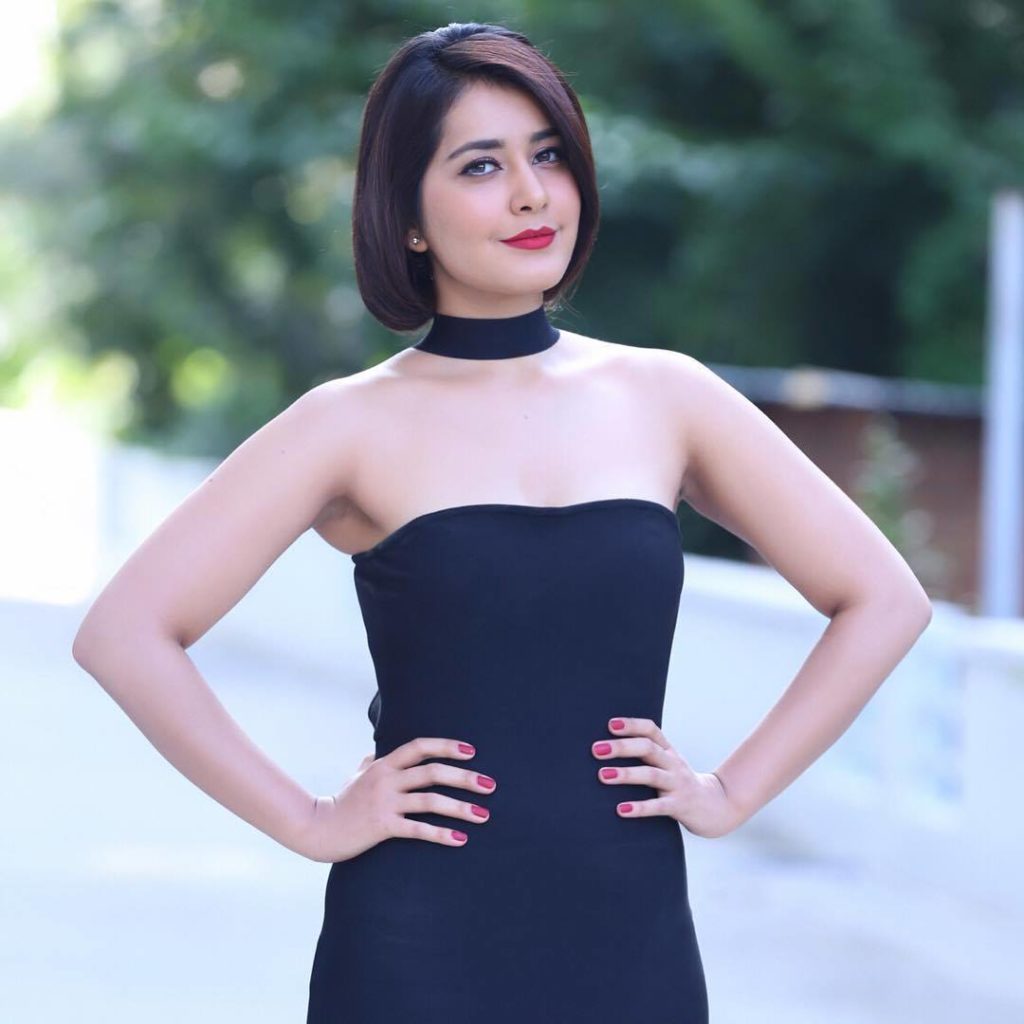 Rashi Khanna debuted in bollywood with ” Madras Cafe ” – John Abraham starrer. Later she sticked working only in Tollywood because of her success in the Tollywood industry.

After her break in ” Bengal Tiger ” the actress is doing pretty well with all the actors and her films are make more banks. Recently she got sucess with Telugu Movies ” Nenu Sailaja ” and ” Supreme” and now she’s working with Ram for “Hyper”

As usual she will perform well like before in the new and upcoming projects. She’s the one actress who attracts people at a single glance.

Recently she published some pics on Facebook and Instagram of her posing in a Bob Haircut. Let’s see what they’re.

at the Launch of Longines New Collection, Rashi Khanna posed for her in a Hairstyle different than her usual. Up to now we’ve seen her in long hair but not in short

In the above collection photo shoot Rashi Khana is not only looking Gorgeous but she’s different. Rashi Khanna bob haircut was looking wonderful and elegant

After that she might have got many responses and appreciations on her look posing in Bob haircut. Some of the fans might have not liked her bob haircut

Some have showed hate over the new style. Then she went on clarifying the whole haircut thing and sorted the issue by posting this new photo… with a message. Phew!

No, I haven’t chopped my hair. I was planning on getting a nice blowdry done for this dress but then my mom suggested I curl it up and see how it looks. So ta -daa, this is how it looked

So she haven’t cut her hair after all. But she looks fantastic in shorter hair too. She should have tired it for real. What you guys think leave a comment below.

Don’t forget to share this on Social Media. Thanks for the support. ?

Scroll back to top
11 shares