In which Lena Headey was playing one of the major roles on the show as Cersei Lannister. In Season 5 of the show, Lena Headey got a Haircut 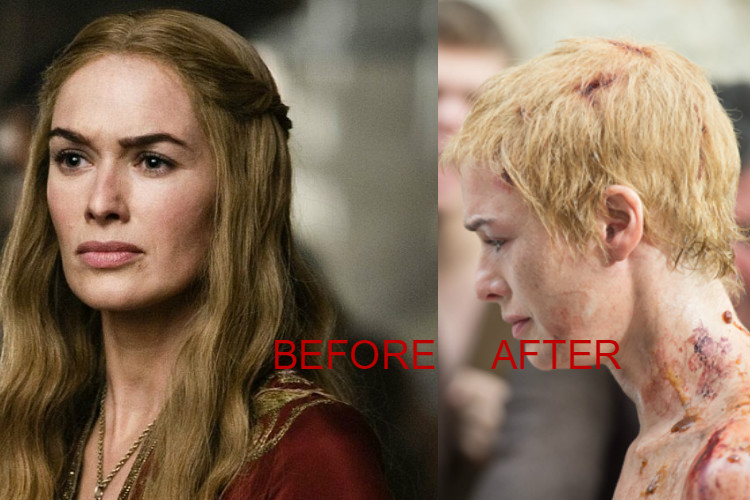 It was some sort of punishment haircut which was done against her willingness. In episode 10 titled ” Walk of Shame ” , Lena Headey hair chopped short and she was paraded naked around the city.

After her punishment haircut, Lena Headey is sporting a short haircut in the TV Series. We all know that Season 5 aired long back and there are no spoilers in this post

Before going into the details, I would like you to watch the clip of her hair getting cut forcibly.

What happened here is Cersei Lannister got captured by the Priest and their members because of her sins, they wish to punish her.

The punishment what they planned for her is ” Walk of atonement ” thus the episode was titled as ” Walk of Shame “.

She was in shock when she hears about the punishment she was getting and when they process her. They cut her hair very short with a Straight edge razor 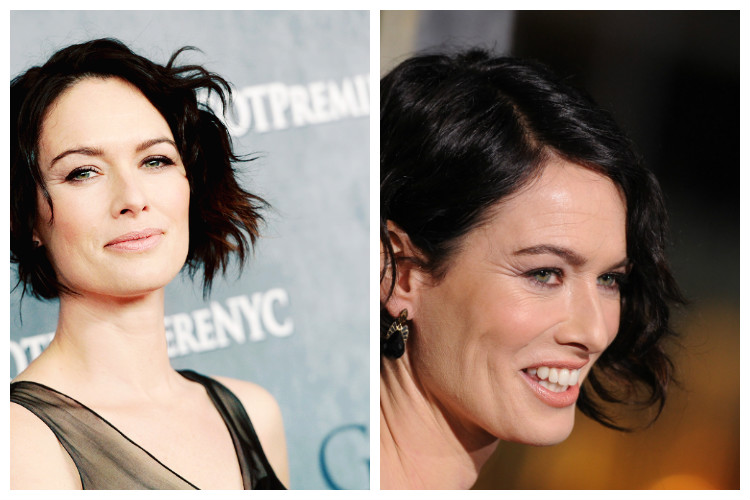 And strip her of her clothes and cleanse her freshly. Later she was brought in front of all the people of the city. At that time she will be covered in cloth and when the walk starts her covering will be removed too.

She will walk up to the palace naked and everyone curses her on her way sporting a short haircut as punishment.

The 40-year-old Game of Thrones star not only gone short in the Show but in real life. Look at some of the pics which shows Lena Headey Haircut

She always likes short Haircut. How do you like Lena Headey Haircut? Leave the comment below. Don’t forget to share this on Social Media. Thank you.

Scroll back to top
19 shares